Much of Minnesota has experienced had eight-straight cloudy days, putting a dull exclamation point on what’s been the gloomiest January on record.
Eighteen of the 29 days this month have been considered cloudy, while 11 of them were full-on overcast. 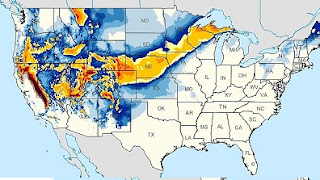 Read more about the grayest January on record
Posted by moderationist at 4:40 AM